Speech to Text is a kind of app for dictating text which can be share via sms, email & social media or copied and pasted into another app. The app uses an Awesome Speech Recogniser to turn speech into text. Create texts with your voice and send it where you want. or store them inside the app limitlessly.

AR Reality Game is aimed at Science and Technology courses in the secondary school curriculum with the game developed with AR Technology. By combining the solar system with the environment you are in, it increases the level of perception and at the same time makes it pleasant to acquire information through the questions of Science and Technology that are played. With its spectacular visuals, AR Reality is a unique example of perception about solar system and planets.

With simple editing and uncomplicated screen structure, you will experience a different gaming experience. You will be able to improve your ability to perform mathematical operations by an enjoyable way. If you want to play with numbers and play a game that is different from the others, the Mathematical Space Game is exactly the game you are looking for.

Reading Over 30,000 people Using Read and Listen App All over The World And Now “Read And Listen” Available for iOS Users You will be able to improve your english skills using the Special Listen Yourself Tecnique.

Ready to fight with microbes? Antibiotic. Micro-kingdom bandits have begun their relentless assault … Only you can stop them. Use the destructive power of antibiotics, destroy all micro bandits

This is a classic Shoot’em Up game. Your task is to save the galaxy from the hordes of attacking aliens. You will take control of a lone spacecraft In this bullet shooter game, you will be faced with an increasingly large number of enemies. As the game progresses, you will earn the right to upgrade your spacecraft to bring it to full lethal capacity. Touch screen to move, kill all aliens in your adventure!

Go to Save Jellies

Save Jellies very enjoyable and addictive game. just avoid from boxes and send Jellies to Freedom. dont afraid from bubbles

TOEFL, IELTS,CPE,TOEIC you preparing to PEARSON PTA or to another English exam? Would you like to improve your English? Are you searching for free English exams.

Technical Features of Our Apps

All our apps are Native Apps. Ios Apps has been developed using Xcode IDE and Swift programing language. Android Apps has been developed using Android Studio IDE and Java programing Language. What does Native Mobile App mean? A native mobile app is a smartphone application that is coded in a specific programming language, such as Swift for iOS and Java for Android operating systems. Native mobile apps provide fast performance and a high degree of reliability. They also have access to a phone's various devices, such as its camera and address book. In addition, users can use some apps without an Internet connection. As a Result , this type of app is valuable because it is tied to one type of operating system, forcing the developer that creates the app to make duplicate versions that work on other platforms. 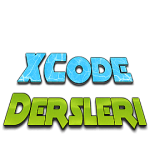 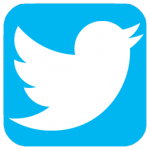 English reading is really easy with and English Listening as well. This Application is developed for English learners as a foreign language. With this application Users will be able to listen educational passages as they are reading.

Waiting for your Feedbacks